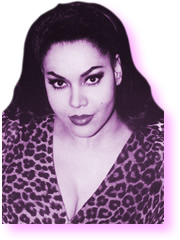 Writer, performer and designer Deborah Gregory is the award-winning author of “The Cheetah Girls” novel series (Disney Publishing Worldwide). The 22-book series (16 books written by Deborah Gregory plus 6 movie tie-in books including “The Cheetah Girls Supa Star Scrapbook,” “Cheetah Girls 2 X0X0 Postcard Book” and “Cheetah Girls Cheetah Chatter: A Dictionary of Growl-licious Lingo”) is about five talented teens who form a singing group and make their dreams come true in the jiggy jungle. The Disney Channel original movie produced in conjunction with Whitney Houston, “The Cheetah Girls” –based on the book series–airs this summer and stars Raven Symone, Adrienne and Kiely from 3LW as well as Lynn Whitfield. Deborah Gregory serves as a co-producer on the film project. The soundtrack album will be available on Disney’s Hollywood Records. In 2001, the series was chosen at the Blackboard Children’s Book of the Year.

Gregory is also an NABJ award-winning contributing writer for ESSENCE magazine since 1992. Her work has also appeared in VIBE, MORE, Heart & Soul, Entertainment Weekly, US magazines. Her pop culture column, THE DIVA DIARIES, appears in GRACE magazine, the national fashion and lifestyle “reality” publication targeted at multi-cultural women. She is currently writing an adult novel as well as developing a one-woman show “LEOPARD LIVES” –a coming of age story about a foster child growing up in the New York City foster care system of which Gregory is also a survivor. She has performed segments of her work-in-progress one-woman show at the Women of Color Festival, winning the festival’s Best Comedy Award for 2001; Dixon Place, Caroline’s Comedy Club and Solo Arts Festival. 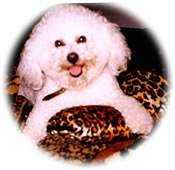 Ms. Gregory received her A.A.S. from Fashion Institute of TEchnology, then received a Bachelor of Science from Empire State University in 1986. She currently lives in New York City with her pooch Cappuccino who poses as the Cheetah Girls mascot Toto.

Want to know what the hype about the Cheetah Girls is all about? Find out here as author Deborah Gregory breaks down her cheetah-licious creation, the deal with “growl power,” how to get diggity in the jiggy jungle and much, much more. And keep your eyes on the prize: Deborah Gregory’s next purr-fect tale, Catwalk (to be published by Random House) will reveal its paws in 2007!!

What inspired you to create the Cheetah Girls?

I was lounging at home in my leopard p.j’s. laying on my leopard bedspread, propped up on my leopard pillows, wracking my brain trying to think what I would call my girls. I wanted to be a singer really bad when I was younger—used to whip up clothes that I sewed by hand and stand in the mirror pretending to be a singer. My dreams were never dreams that I thought could come true, they served more of an escape from the extremely painful existence of growing up in foster homes with people who were mean to myself and other foster kids. Nonetheless, by the time I became a writer, and knew that I wanted to write something for the girlies (the editors at Disney Publishing approached me to come up with an idea while I was a columnist for Essence magazine, penning an entertainment news column called “Chit Chat and All That.’’ Once I wrapped my mind around the idea of a group of girls forming a singer group, I still had to figure out, Who would they be? What would they look like? What would they call themselves? Then just like in the `Wizard of Oz,’ I realized that I had the answer all along, right at my heels. Who was I trying to fool? Just go with what I know! I guess you could say I created the Cheetah Girls right out of my leopard lair!

The Cheetah Girls are urban creatures. How did you come up with their backgrounds?

I created this whole universe based on my concept of modern-day life being parallel to the real jungle (lions, and tigers and bears, oh, my!). Naturally, that means, they had to represent more than just a singing group. These girls had to have a set of ethics for surviving in the jiggy jungle. They had to be crew. More than anything, I knew they had to be from different backgrounds—just like real girls. Galleria is half-Black, half-Italian. Dorinda is, well, she doesn’t really know what she is because she has been in foster care for as long as she can remember and nobody has really told her anything about her heritage. So, like me, there is some murkiness about her origins that it will take her a long time to figure out. Chanel Simmons is Dominican, Puerto Rican, Cuban. She is my latin senorita. Aquanette has a twin sister (I know, I know—Angie doesn’t get any play in the movie version—yikes!) and originally hails from Houston, Texas. She is sassy, loves hot sauce, and can siiiing! You know those Southern girls that can tear it up in a church choir. That’s Aqua. When she comes to New York, she is hit with a different kind of diversity than she is used to in Houston. And, like all real girls, she has to learn how to adapt in her new environment.

True Cheetah Girls have the skills to access their power, the skills to pay their bills, if you will. No matter how you slice it, girls must be prepared for life in the urban and suburban jungle. There is a little Cheetah Girl in every girl, no matter how big or small her dreams are (hey, let’s face it, not all  of us get to be supa-stars; somebody has to care for sick people and do other good and important things and that doesn’t mean she doesn’t need guts to get there too). Unless, a girl lives in a glass house with glass slippers on her feet, life will require her to call upon her Cheetah Girl powers—her strength, vulnerability and courage on countless occasions. Girls have to know how to access their true power. And true Cheetah Girls are born for adventure. They have friends though and they always watch each other’s backs. They also fight fair—oh, you know, Cheetah Girls never get down and dirty with the oinkies, wallowing in mud. They just fight for the right to express themselves and protect their peeps.

What exactly is growl power?

Like animals, people run in packs. They get their identity from the group they hang with. Their crew, so to speak. You’ve got the jackals, the hyenas, the panthers, the gazelles, the tommy herds, and yes, the cheetahs, to name a few of our furry-fied friends. Cheetahs are courageous, fierce, tough when they have to be but yet vulnerable. They know the value of friends, family and defending their turf but fighting fair. Every Cheetah Girl possesses “growl power”. Galleria, for example, is a natural communicator. She can make up words and rhyme on a dime. That’s the gift she has to share with the world and because she has the growl power she is going to be able to do that. Without it, she may misuse her talents or not assert herself. This happens to girls a lot. They just sort of get lost in the shuffle. Talent is only one part of a very big equation out there in the jiggy jungle. You have to have growl power to show the world that you got it going on!

Where is the jiggy jungle?

The jiggy jungle is the magical place that exists inside every dangerous, scary, crowded city. It’s that place where dreams really do come true. You have to find this place and not let anyone stop you from getting there.