Friend of Felix Deborah Gregory and co-founders Sheila Jaffe and Darryl McDaniel at the Putnam County camp for foster kids.

mydesert.com: Author tells tale of her rise from foster child to writer

HUE Magazine, Alumni Magazine of The Fasion Institute of Technology:
Farewell to a Supermodel, Naomi Sims by Deborah Gregory 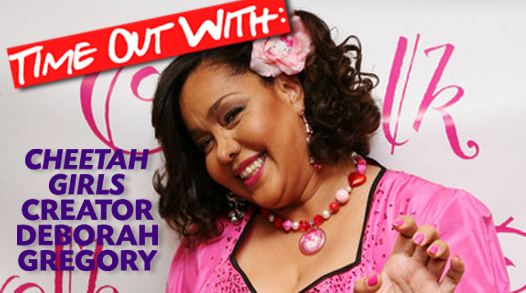 hollywoodreporter.com: The N takes a stroll with ‘Catwalk’

Reuters: Kids channel The N takes a stroll with “Catwalk”

A passion for fashion
By Kara Warne
Special to amNewYork

CosmoGirl.com gives you an inside scoop on Catwalk

EbonyJet.com: Deborah Gregory on the facts of life. 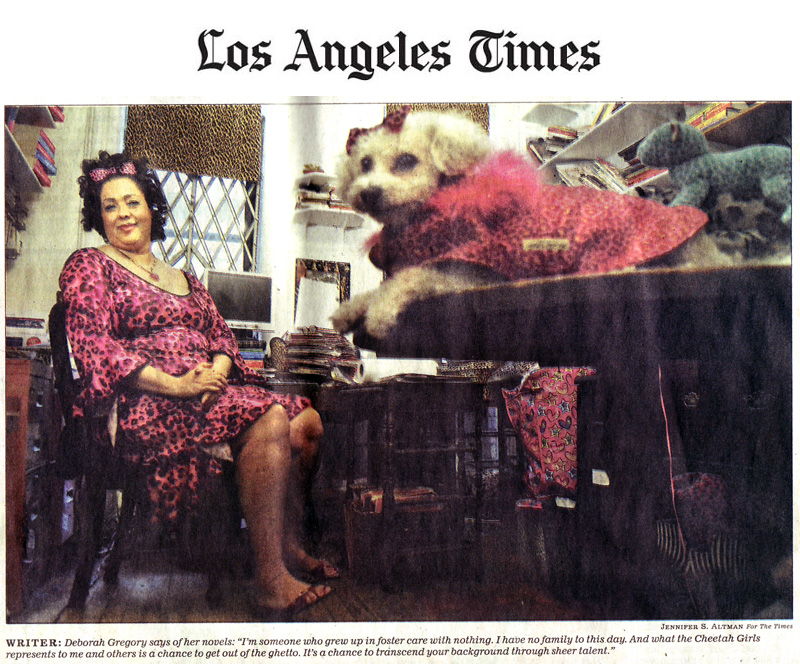 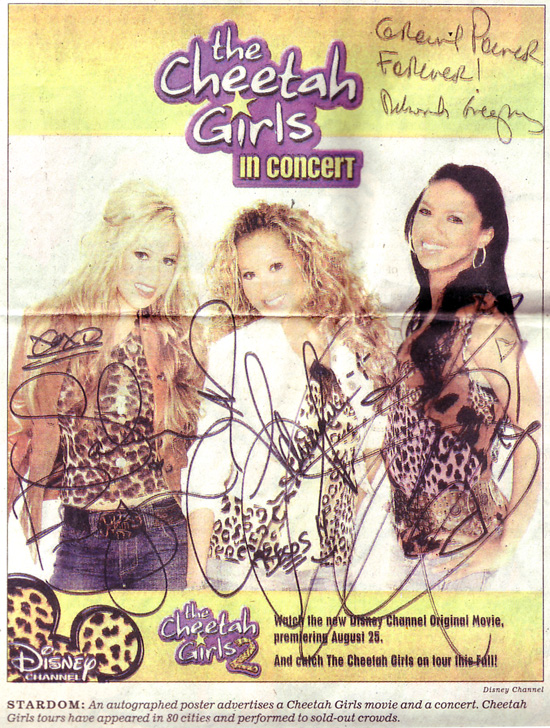 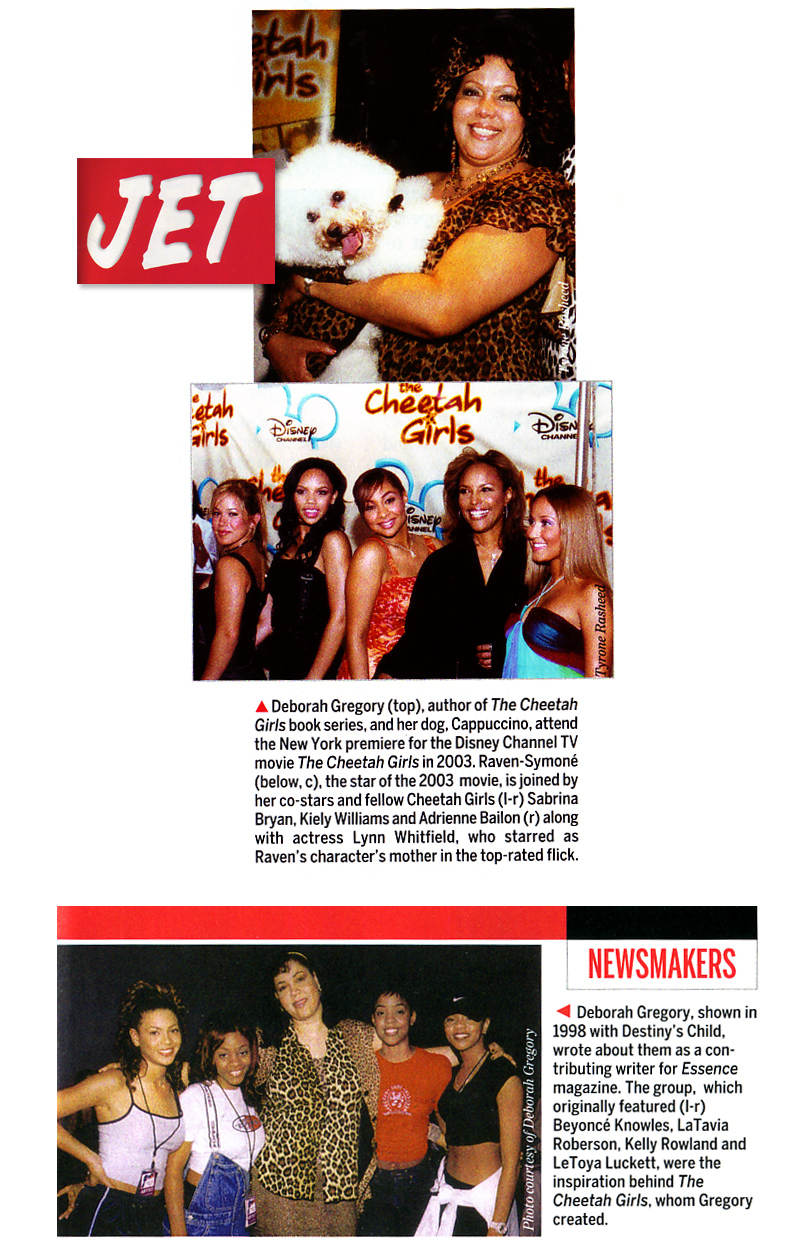 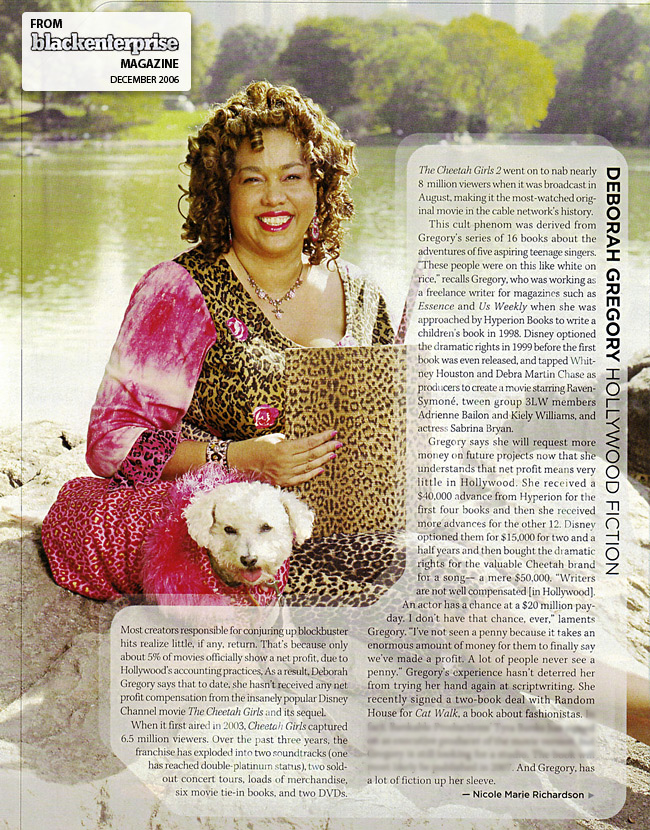 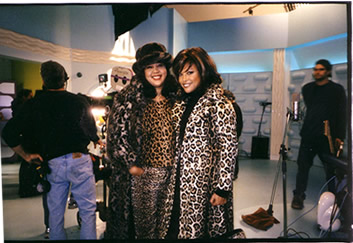 “It’s a multiracial ‘Clueless.’ It’s all about friends, fashion and fake fur,” Gary Marsh, Disney Channel’s executive VP of original programming and production told Daily Variety. Lynn Whitfield (“The Josephine Baker Story”) co-stars as a model-turned-fashion designer who is the supportive mother of one of the girls. Deal for Whitfield, who also co-stars in Chris Rock’s “Head of State” for DreamWorks, was brokered by her manager, Danielle Allman, and William Morris Agency. “Cheetah” being shot in Toronto for an August preem, is budgeted at about $4.5 million, considerably more than a typical Disney Channel original movie. 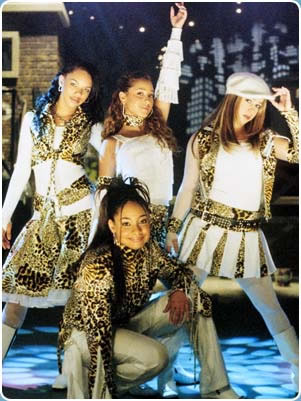 “You won’t be seeing people breaking out in song, but there are four big production numbers,” Marsh said. “It is a music-driven movie, much more so than anything we’ve done before.”

Houston and Debra Martin Chase (“The Princess Diaries”) are executive producers of the pic, a production of Martin Chase Prods/Brownhouse Productions in association with the Disney Channel. Oz Scott (“Tears and Laughter: The Joan and Melissa Rivers Story”) is directing from a teleplay by Alison Taylor (“The Wayans Bros.”). Troy Liddell is choreographer. “The Cheetah Girls” wil feature original songs performed by the four girls with a soundtrack release on Hollywood Records. Raven’s “That’s So Raven,” Disney Channel’s first multicam laffer with a studio audience, bows Jan. 17. The involvement of Raven, who is repped by Osbrink Agency and managed by her father, Chris Pearman, is emblematic of Disney Channel’s talent strategy, which is to see stars of its series and movies move between both forms.

SISTER II SISTER, JANUARY 2003
The two 3LW ladies star as “The Cheetah Girls”
The remaining members of the pop group 3LW will star in a new movie about a multiracial girl group. Kiely Williams and 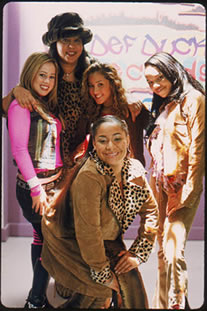 Adrienne Bailon have been added to the cast of the Disney Channel original film, The Cheetah Girls, based on the book series of the same name written by Essence contributing writer Deborah Gregory (who also serves as the film’s co-producer), follows the life of a teenage singing group. The film is produced by Whitney Houston, Debra Martin Chase and Cheryl Hill. It will shoot in Toronto and is expected to be released this summer. I asked 3LW’s manager, Tse Williams, why they kept ex-member Naturi on 3LW’s CD cover and liner notes. She told me she felt that the other two group members didn’t start the public display of the breakup and that Naturi contributed to the album. She thought it would have been petty to take her picture and thank-you’s off the album.

ESSENCE MAGAZINE, April 2003
BOOKS TO FILM
–Imani Powell
Films based on novels by Black authors that actually make it to the silver screen can be counted on one hand. While many books are optioned for television and movies, few are “green-lighted” for production by studio executives. An exception is The Cheetah Girls, based on a Hyperion preteen book series by ESSENCE contributing writer Deborah Gregory. The Disney Channel original movie (which is scheduled to air on the ABC family network in August) charts the rise of a “tween” singing group and features Lynn Whitfield (The Josephine Baker Story), Raven-Symone (The Cosby Show), Adrienne Bailon and Kiely Williams (from the R&B group 3LW) and Sabrina Bryan (The Bold and the Beautiful). “Going from book to screen is a long process—and getting past developmental hell is a victory,” explains Gregory. “This is also the first time the Disney Channel has bankrolled a musical such as this so seeing a vehicle about young black and latin girls is unique. I hope it will be the first of many.”